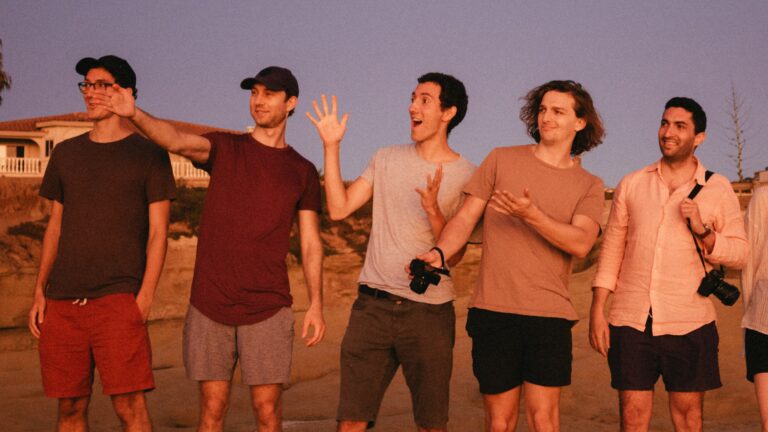 What we know about Testosterone

In men, testosterone, the principal circulating androgen, has essential reproductive functions in establishing and maintaining the male phenotype. It is very closely associated with the male sex drive and has a major role here.

Before we’ll start talking about the average testosterone levels by age, let’s understand the critical role of testosterone.

Testosterone helps to regulate the metabolism and is sometimes called the anabolic hormone as it stimulates protein anabolism. This means it helps turn protein into far more complex chemicals. This process is the opposite of catabolism, which is the digestive process. In doing this, it promotes the growth of muscles and bones.

A man’s mood is often influenced by his testosterone levels. Testosterone is what drives many men in sport, business, work, and life.

The manufacture of testosterone is minimal pre-puberty, but increases massively during puberty, and declines after the ages of 30-35.

Testosterone deficiency in any age

Organic hypogonadism,  also known as testosterone deficiency,  – resulting from structural hypothalamic-pituitary-testicular (HPT) axis dysfunction is an important diagnosis not to be missed.

It is an important difference to consider not only in the man presenting with low libido or infertility, but also with non-reproductive features such as otherwise unexplained weakness, anemia, or osteoporosis.

Verification of the clinical impression by confirming low testosterone levels is an essential component of the diagnosis.

The Endocrine Society recommends making a diagnosis of androgen deficiency only in men with consistent symptoms and signs as well as unequivocally and repeatedly low serum testosterone levels.

While the diagnosis is relatively straightforward in young, otherwise healthy men, it is considered more difficult in older, obese men with comorbidities.

Low libido, the most specific sexual symptom, can be caused by many other conditions such as vascular disease or depression, and the physical examination can be nonspecific.

In the European Male Ageing Study, where the prevalence of sexual symptoms ranged from 27.5 % to 39.9 % in community-dwelling men, yet only 2.1 % met the definition of late-onset hypogonadism.

Why would you need a testosterone test?

In adult men, the most common reason for measuring circulating testosterone is to confirm the clinical suspicion of androgen deficiency based on history and physical examination. Other indications may include monitoring the adequacy of testosterone therapy or of androgen deprivation therapy in men with prostate cancer.

In general, there is no indication for testosterone measurement in men without clinical evidence of androgen deficiency.

However, a measurement in the absence of symptoms may be justified in specific situations, such as in the work-up for secondary osteoporosis or unexplained anemia.

Testosterone is the main circulating androgen in men

The concentration of circulating testosterone does not necessarily reflect local hormones.

Androgenic action may also be modulated by polymorphisms of the androgen receptor, sex hormone-binding globulin (SHBG), or steroid metabolizing enzymes, although their clinical significance remains contentious.

Testosterone is both a hormone and a prohormone

Testosterone is converted to dihydrotestosterone, a more potent androgen receptor agonist allowing local amplification of androgen actions (i.e., in the prostate gland and in the skin).

Testosterone is also aromatized to estradiol, and there is increasing evidence that biological actions traditionally attributed to testosterone may in fact be mediated by estradiol, such as regulation of bone mass, fat distribution, and insulin resistance.

A single point in time measurement may not be representative because of biological variability in testosterone levels, and because of technical assay limitations

As a result of the pulsatility of hypothalamic gonadotropin-releasing hormone secretion, testosterone is secreted in a pulsatile manner.

But the amplitude is relatively low, with moment-to-moment fluctuations of less than 10–15 %, because of buffering effects of its carrier proteins SHBG and albumin.

In fact, up to 15 % of healthy men can have abnormally low levels of testosterone within a 24 h period.

While some data suggest blunting of circadian rhythmicity with age, a significant proportion of men older than 65 years with low levels of testosterone in the afternoon will have normal levels in the morning.

When is the best time to take a testosterone test?

Testosterone levels should be measured before 10 am, regardless of age.

And preferably in fasting mode.

In one study of 66 healthy men, glucose ingestion was associated with a 25 % decrease in mean T levels, reducing testosterone levels to below the reference range in 15% of study subjects.

Consistent with these findings, an observational study of repeated testosterone measurements found that overnight fasting increased testosterone levels by 9 % This fasting effect was less pronounced, but still significant ) in men with a higher body mass index.

There is also significant day-to-day variability in testosterone levels.

In a longitudinal study, the intra-individual variability of testosterone was up to 28 % when two measurements were made on a subject.

More than 30% of men with low testosterone will have normal levels when retested a few months later.

Can belly fat cause erectile dysfunction?

Visceral fat around the stomach may put someone at risk for chronic health diseases such as heart disease, diabetes, and erectile dysfunction.

Obesity reduces testosterone levels by 30%, and in the presence of two or more comorbidities,

But there’s good news for you –

Conditions such as type 2 diabetes mellitus, depression, obstructive sleep apnea, chronic kidney disease, or anorexia nervosa are associated with decreases in testosterone levels of between 2 and 10 nmol/L, depending on the severity of the condition.

Any illness can cause non-specific symptoms resembling those seen with true androgen deficiency.

There is evidence to show that the age-related accumulation of chronic disease and obesity, in particular, can accelerate the age-related decline in testosterone levels.

Healthy aging by itself may not inevitably be associated with marked decreases in testosterone levels.

In general, however, a repeatedly low testosterone level is more indicative of hypogonadism the younger, healthier, and leaner the man is, but much less predictive in older obese men with chronic disease and non-specific symptoms.

In contrast to, for example bone density, where age-dependent reference ranges are defined quite well, there is no general agreement on the acceptable normal range of testosterone, particularly in older men.

This is because there have been relatively few large population-based studies of healthy older men.

A panel of US experts was divided on the total testosterone level below which to consider testosterone treatment, with opinions ranging from 6.9 to 10.4 nmol/L.

Joint recommendations from the International Society of Andrology and associated societies consider total testosterone levels between 8.0 and 12.1 nmol/L to represent a gray zone, whereas levels > 12.1 nmol/L are considered normal and <8.0 nmol/L, low.

The US Federal Drug administration uses a testosterone threshold of 10.4 nmol/L, the value used to define hypogonadism for clinical trial purposes, without reference to age.

This is the threshold level most commonly (in 43 %) chosen by endocrinologists to offer treatment to older men presenting with symptoms compatible with androgen deficiency. This stresses the importance of providing robust reference ranges for older men so as to avoid overtreatment.

Several longitudinal studies have shown that aging is accompanied by a decrease in T levels.

The Baltimore Longitudinal Study showed that the average annual decrease in total T was 3.2 ng/dl in men older than 53 years, representing approximately 1 % per year for a normal lower limit of 325 ng/dl.

is affected by chronic diseases and medications.

Age-related androgen deficiency may be exacerbated in the presence of abdominal obesity resulting in elevated estrogen levels and SHBG.

In some older men, this fall in T can lead to clinical signs and symptoms such as decreased libido, impotence, decreased growth of body hair, reduced muscle mass, fatigue, and decreased bone mass.

This situation has been described as androgen deficiency in the elderly male, andropause, or LOH (Late-onset hypogonadism).

It may result in significant detriment in the quality of life and adversely affect the function of multiple organ systems.

None of these symptoms are specific to the low androgen state.

Read more about a unique complex for potency and prostatitis 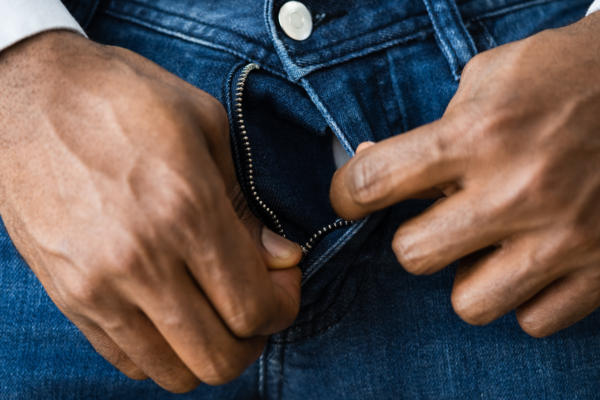 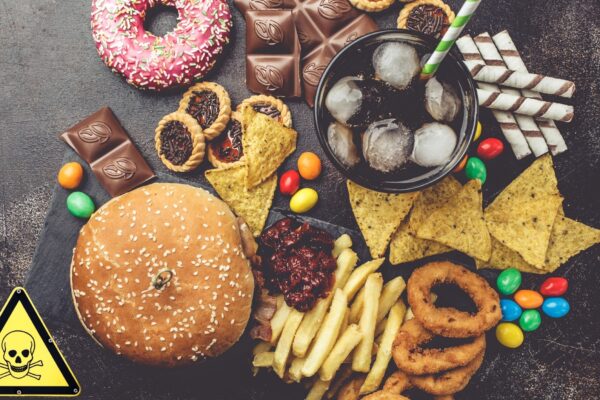 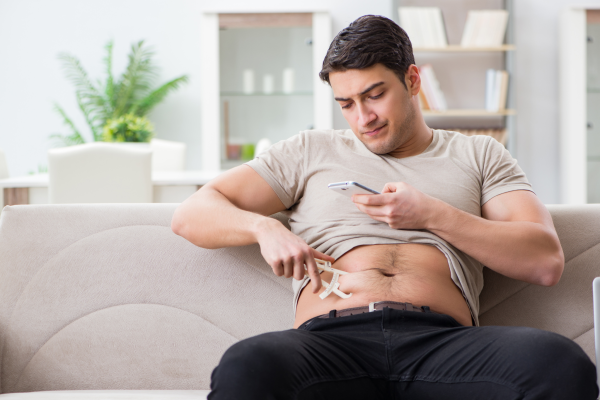 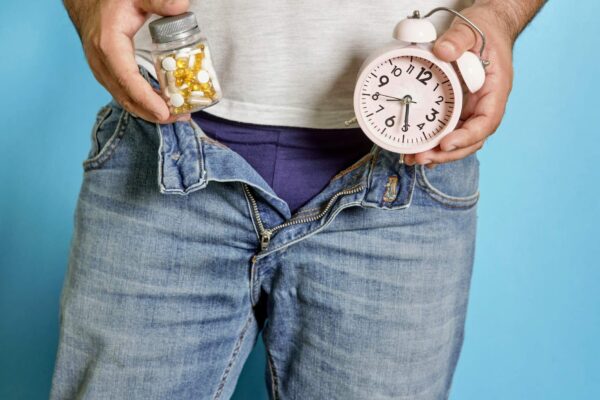