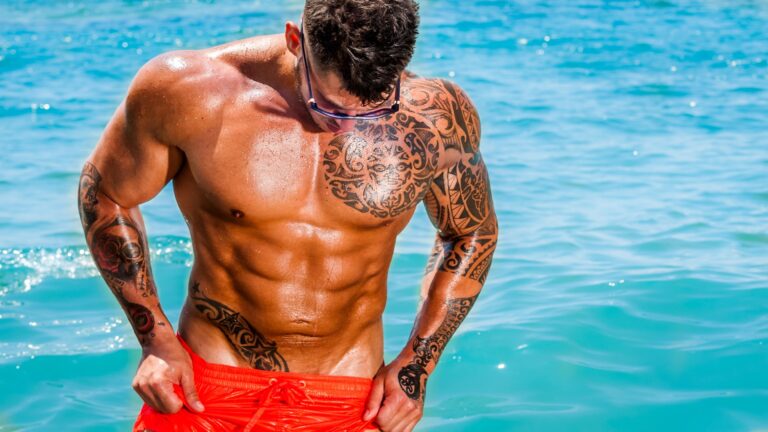 Erection is defined as “the state of the penis when the erectile tissue becomes filled or swollen with blood and causes the penis to become rigid and elevate.”

Wood, boner, hard-on, —Whatever you want to call it, an erection is a much more complex and surprising event than the most common nicknames ascribe to it.

A more appropriate nickname would be The Rocket.

Although getting stiff isn’t rocket science, many complex systems must work together for a successful launch.

All the elements of a rocket—the super-strong materials, the hydraulic lines, the fuel, the circuitry, and even mission control—exist, in a way, inside your penis.

Let’s start with the super-strong materials.

The penis is fundamentally composed of three cylinders.

Two of these cylinders are situated side by side.

They are the ones that make up the shaft of the penis during an erection and they get filled up with blood.

The third cylinder is situated right below the first two, and it’s where the urethra (pee channel) runs and gives rise to the head of the penis.

These shaft cylinders, also called corpora cavernosum (Latin for “bodies filled with hollow spaces”) are surrounded by one of the strongest yet most flexible tissues in the body named the tunica (Latin for “long, sleeveless shirt like a tunic”—very fashionable in ancient Rome) albuginea (as in albino, or “white”).

This special tissue has the amazing property of allowing your penis to expand like a balloon, but also become hard like steel.

These cylinders are filled with blood, not air, and as they fell, they stretch out and expand anywhere from two to five times their original volume.

Once they expand all they can, they get more and more rigid, like tire pressure.

Your penis is anchored deep inside you, so what you see dangling from the outside is just part of it.

Those penises on the lower end of the expansion spectrum are the “Showers,”

and those on the higher end of the spectrum are the “Growers.”

But  Growers are undergoing dramatic changes when they start to act..

The veins that drain the blood out of the penis travel through the walls of the shaft cylinders, but as the cylinders expand under pressure, they pinch the veins shut, trapping the blood in the erect penis.

The pressure inside the shaft rises higher than the blood pressure in the rest of the body, and additional blood can no longer be pumped into the penis.

But it gets even more intense. At the base of all three of the cylinders are special muscles (ischiocavernosus muscles) that surround and squeeze them.

As these muscles squeeze, that pressure gets even higher, giving you the pulsating love pump you know and love.

What makes the penis so tough?

The special material lining the cylinders, the tunica albuginea, has a structure that is unique in all the body.

It is made of collagen fibers, the same tissue that gives our skin, blood vessels, and tendons their strength and integrity.

But unlike in those structures, the collagen is specially arranged in wavy bundles that circle the cylinders.

That circular layer is surrounded by another layer or two of long, straight collagen running lengthwise along with the cylinders.

Your blood vessels are the hydraulic lines of your pocket rocket.

Those “penis” arteries are smaller arteries in the body at barely 1 millimeter in diameter at best.

Blood flows to your penis through these arteries.

Compare the arteries that provide blood to the heart are about five times wider in diameter.

So it’s obvious why, when we get older and our blood vessels get narrower, the ability to have an erection is usually the first thing to go.

But for the healthy penis, those narrow arteries work just fine.

When you have an erection, the blood flow increases.

The final result is the elasticity plus strength that leads to lengthening and widening.

You feel rigidity with remarkable toughness.

You get an erection.

The reason that blood flow can change is that the arteries have a muscular lining that can squeeze closed to slow down the blood flow, like when you turn off a faucet. Or the lining can relax, allowing the blood vessel to stretch open wider, like when you open up a faucet.

The narrowing and widening of this muscle layer are controlled by special nerves that are not under your conscious control. They are called sympathetic nerves, and they are constantly at work, like traffic cops, directing the blood flow throughout your body.

Sympathetic nerves run all along the wall of every artery in your body, not just those in the penis. These nerves release adrenaline into the muscle wall of the arteries, which makes them open up or close down more, depending on which part of the body they are in.

From erection to ejaculation: how long does it take

During a sexual act, ejaculation is initially under some control until you reach that level of excitation we call the point of “ejaculatory inevitability.”

Ejaculatory inevitability is the point when ejaculation becomes completely reflexive and out of our control.

During the refractory period, you cannot ejaculate again.

There are a lot of problematic premature ejaculations in guys who are sexually inexperienced or in those men who have a poor understanding of the sexual response cycle, infrequent sex, or problematic relationships.

There are 3 types of erections:

Reflexive erections occur instantly, even if you can not think about sex.

Nocturnal erections including morning wood can last up to 25-35 minutes.

Psychogenic erections occur when you get audiovisual stimuli, remember some intimacy memory or fantasy. i

How long does the average male last in bed?

There are a lot of problematic premature ejaculations in guys who are sexually inexperienced or in those men who have a poor understanding of the sexual response cycle, infrequent sex, or problematic relationships.

To put this whole picture into numbers, the average length of intercourse for men with premature ejaculation is under two minutes.

For men with the normal ejaculatory responses, it is somewhere between seven and a half and nine minutes.

Don’t we all wish it were longer?

How long should a man last in bed?

The time duration of an erection can occur between a few minutes to more than half hours.

This is estimated from the time when the maximum hardness is attained.

The duration of time of erections depends on many factors

An efficient erection is a marker of good health

If you are worried that you may suffer from possible premature ejaculation, ask yourself these questions:

— Are you dissatisfied with your sex life because of your lack of staying power?

— During the majority of times you have sex, do you ejaculate before you wish?

If you answered YES to these questions, or if you don’t satisfy with the average “normal ” time of erection, there are solutions available.

Thank to science, we are becoming more equipped and better informed to deal with this ever-present problem.

We get the expertise to make available a wide variety of topical and oral “off-label” agents that can be used to prolong your staying power. 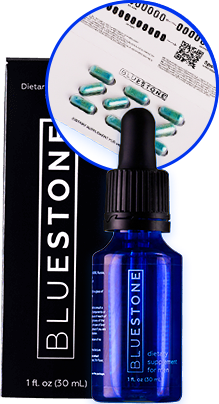 Unique complex for potency and prostatitis

Bluestone includes capsules for daytime use and drops for night use. The fluid form is necessary for the maximum amount of natural ingredients to be absorbed overnight. 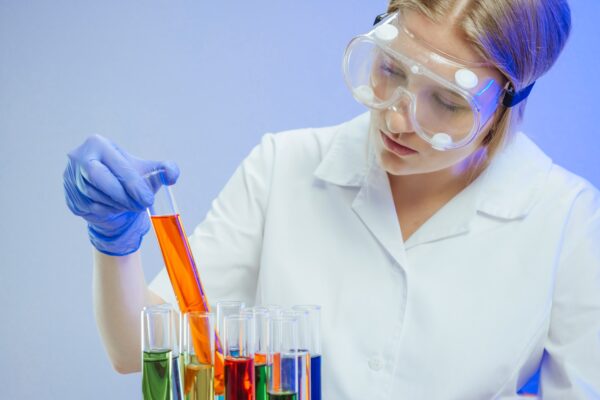 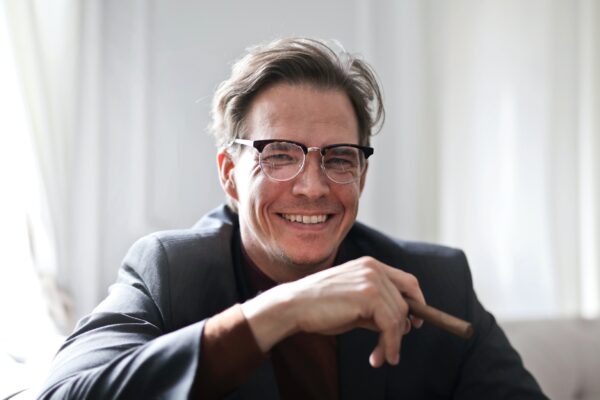 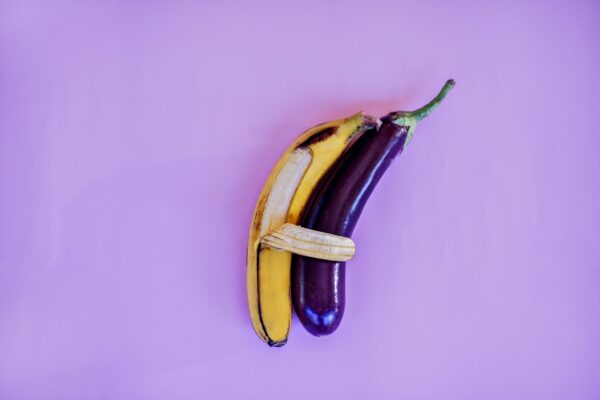 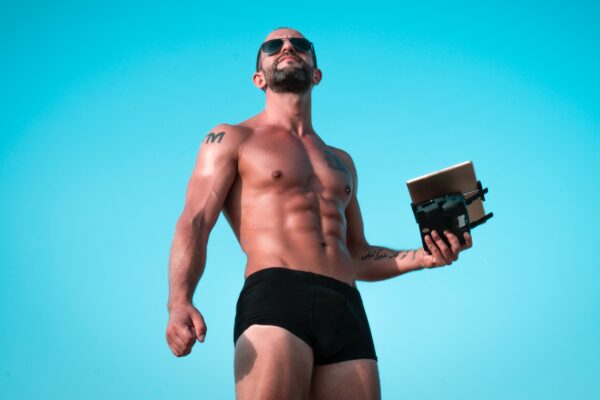